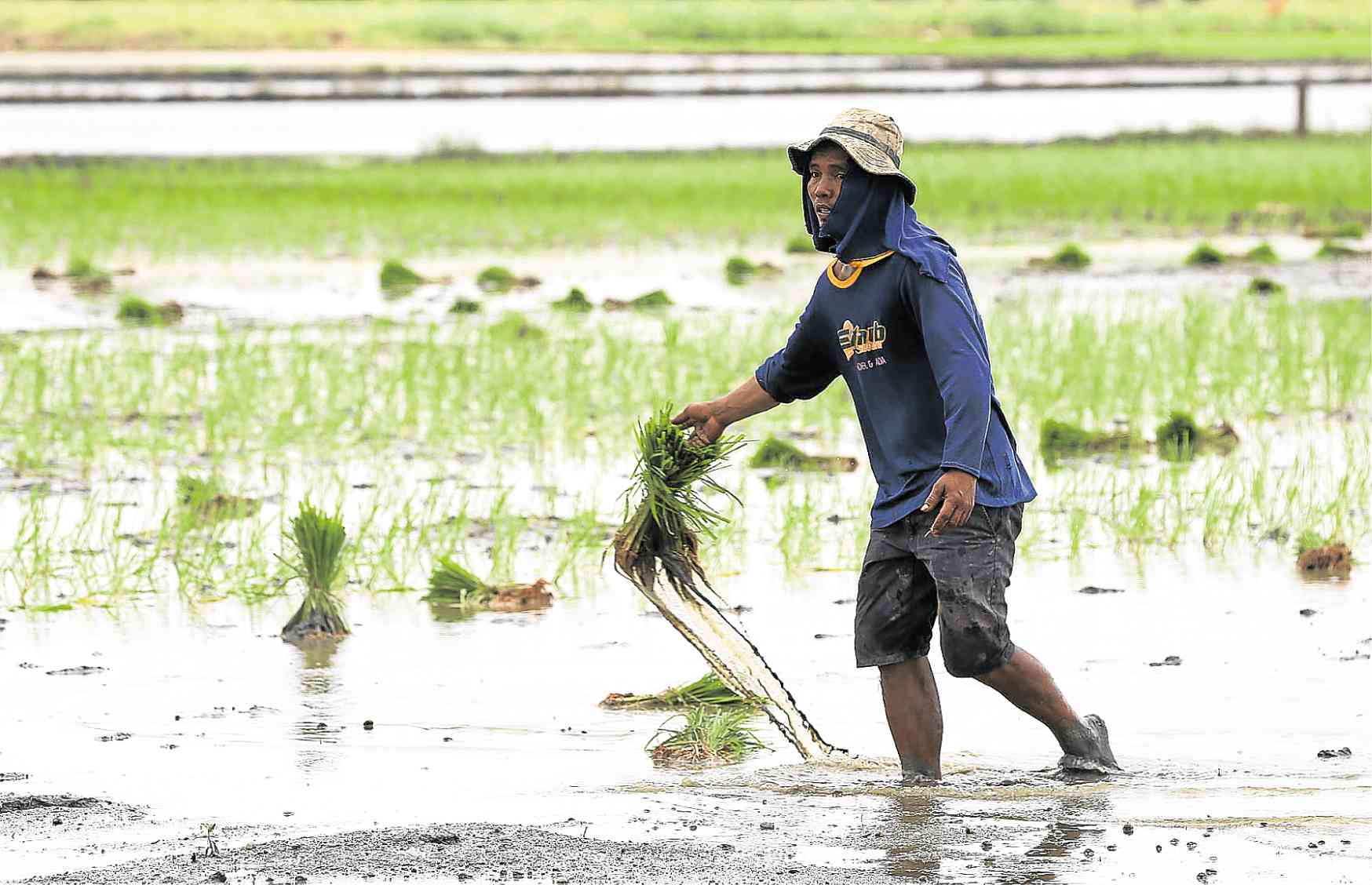 FILE PHOTO
BAGUIO CITY, Benguet, Philippines — The Philippines had planned to be self-sufficient in rice by 2017 and be at par with rice exporting countries like Vietnam and Thailand.
But scientific breakthroughs and technology had not been transmitted to farmers by the country’s food research community as had been intended, Sen. Cynthia Villar said during a North Luzon business forum of the Philippine Chamber of Commerce and Industry on Friday.
Villar, chair of the Senate committee on agriculture, said rice farmers needed to be immersed in the latest discoveries of the Philippine Rice Research Institute (PhilRice) and the Philippine Center for Postharvest Development and Mechanization (PhilMech) now that rice importation had been liberalized.
Technology transfer
“PhilRice and PhilMech (which are overseen by the Department of Agriculture) were created but there appeared to be some misconception that these institutions’ primary task was research when they needed to bring their findings to the farm level,” she said.
Villar blamed the failure to transfer knowledge and technology on budget constraints.
Farmers have been upset by the rice tariffication law (Republic Act No. 11203), which lifted restrictions on rice importation but imposed import taxes of as high as 35 percent on imports.
Villar said the agriculture industry could be “steered in the right direction” using the six-year Rice Competitiveness Enhancement Fund, amounting to P10 billion a year, which is provided for under the tariffication law.
The law allocates P5 billion for mechanizing rice farms and P3 billion for developing and promoting high-value rice.
Also, P1 billion will be opened as credit support, and another P1 billion will be spent on extension support and the education of rice farmers.
Key to self-sufficiency
Villar said the key to self-sufficiency was mechanization because it would cut down expenses on labor and reduce the influence of middlemen.
Postharvest technologies will also enable farmers to sell directly to the market, she said.
In Vietnam, mechanization reduced production labor cost to the equivalent of P120, compared to the average P460 labor expense of a rice farmer in the Philippines, Villar said.
Vietnam, she said, spends P6 to produce a kilo of palay, which is half the production cost of P12 in the Philippines.
PhilRice has developed an inbred grain variety that can increase the yield of rice farmers to 6 metric tons a hectare from the present 4 MT.
Should this happen, the country can solve its 7-percent rice shortage, which ranges from 600,000 MT to 1 million MT, Villar said.
The next six years will define the impact of PhilMech and PhilRice on food production as well as farmers’ reception to new technology, she said.
Of the 8 million crop farmers in the country, 3.5 million are coconut farmers, while 3.5 million are rice growers.