MANILA, Philippines – More farmers and agribusiness people should attend the Agri Machinery Show which ends on Saturday at the World Trade Center at the corner of Gil Puyat Avenue and Macapagal Blvd., Pasay City.

The beauty about this trade show is that even the smallest farm implement distributors are showcasing their simplest wares side by side  with the biggest tractors and rice harvesters.

This is possible because the exhibitors don’t pay any exhibition charge. It is free unlike most trade shows that are also held in the same venue. It is probably the idea of the Department of Agriculture to charge no participation fee so that the individuals or companies that can’t afford to pay a big amount will be able to showcase what they have.


That way, the farmers and agribusiness people would be able to see for themselves what are available in the market, including those that they would not know otherwise because of lack of exposure.

No doubt, the show will help promote farm mechanization which is sorely needed in the country to increase productivity as well as to improve the quality of farm produce.

Postharvest losses are a big dent from the production of rice, corn and other crops. Lack of appropriate drying facilities, for instance, is the cause of big losses in palay. The practice of drying rice on the highway, for instance, has been estimated to result in 5 to 10 percent losses. That’s a lot of losses.

Farm mechanization should be more vigorously promoted in the country. The DA figures show that only 0.52 horsepower is used per hectare in the Philippines. On the other hand, progressive countries like Japan and Korea have high power inputs of 7hp and 4.11 hp per hectare, respectively.

There are many benefits from mechanization. Better tillage and seedbed preparation, timely farm operation and better application of fertilizers increase yield in a big way.

Irrigation pumps have also been observed to increase rice yield, including the mechanical deep placement of fertilizers and pesticides in the farm. Machines can increase cropping intensity. Specifically, shallow tubewell irrigation is capable of doubling cropping intensity in Central Luzon and other parts of the country. 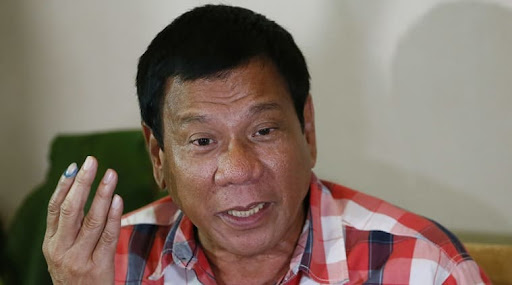 Posted on May 26, 2016 11:00:00 PM WHILE Philippine elections this month were dominated by talk about crushing crime, the next president faces another critical early test: ensuring there is enough rice for the country’s more than 100 million people. The Philippine crop is suffering mounting drought damage, just as the country’s big Asian rice suppliers also suffer from an El Niño weather pattern. In a country where rice accounts for about a quarter of the expenditure of the poor, any supply disruptions are extremely sensitive. Big purchases by the world’s third-biggest importer can also send shockwaves through markets. There are now concerns that potentially vital imports may be delayed as the incoming administration of Rodrigo R. Duterte, who campaigned on making food available and affordable, looks to overhaul policies and review existing state purchase plans. “Now is the right time to import as prices are starting to trend up,” said Bruce J. Tolentino, deputy director gene